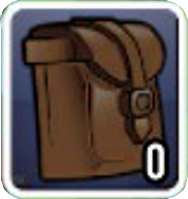 The following is a list of Items available in LEGO Worlds.

Items can be held by the player's character and be used as weapons, bulding tools, and to give to animal/people for coins, an example is, giving a horse a apple. Only one item can be used at a time. There are a total of 29 items ( but are way more since new update).

Items can be found inside large chests. Some items can drop when destroying a specific prop. These include fruits, grass, different sorts of gemstones, ice cream and lollies. Skulls and Bones can be gathered by defeating skeletons. Some NPC's carry items and offer them as a prize for completing quests. The Trader also sells some items.

There are both non-stackable and stackable items.

This article is a stub. You can help LEGO Worlds Wiki by expanding it.